The legendary Arcade game from the Dreamin Chuchu music video is finally available for you to play with your friends!

Council in Court 2 is the next installment of the critically acclaimed arcade game Council in Court. Play with up to 6 players in action-packed matches!

Features:
- Super fast 2-button gameplay! No need for extra stuff, you grab the ball and score!
- All the girls from Hololive Council are back and IRyS does her debut in this all-new game!
- Highly advanced AI! They have been fed hours and hours of Space Jam to reach this level of skill!
- Up to 6 players can join the fray! Chaos guaranteed!
- Unlimited credits! Play for as long as you want in this exclusive version!
- Explosions!

The music comes with an Attribution non-commercial license. You may stream or monetize videos featuring this game, but you must mute the music! Sorry!

Simply extract the whole .zip and run the .exe, you don't need to install anything and you can delete the game folder anytime!

When first running the game you will get a Windows security alert, but no worries! It is just because I won't pay $400 a year for a dumb certificate, not because I'm mining dogecoins on your PC.

Will the game have an online mode?

Nope, that's too much work!

Glad to see you listened to the player feedback.

The team color rings, arrow pointing to the score goal and instructions are a great improvement!

I do listen to feedback, especially to yours! Thank you for helping me make my games better!

nice game
Can we have different name highlights for enemy team.
Its hard to differentiate the opposing team.

I thought I was doing well in the game until the end of the match. As I celebrated my team victory I noticed we had actually lost. I had been scoring in the wrong side of the court! XD

In the middle of the action I completely forgot which side I was supposed to score in hahaha!

I don't know if you can add a color marker to know who are my teammates as well as where I'm supposed to send the ball to. Something as simple as a red arrow for the red team and a blue arrow for the blue team would be useful! 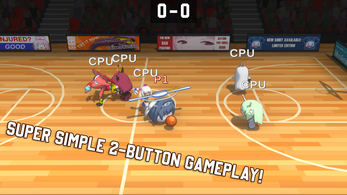 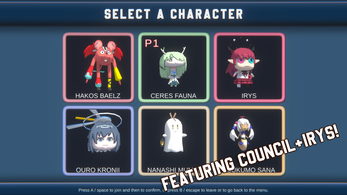 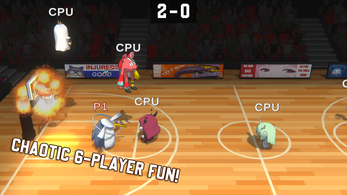